As I crawled in the Virtual Dumpster I call The Internet...

Thanks to Mimi Lenox's grandfather carving a rock into a movement...
To read about Papa's Marble that has rolled worldwide! click HERE


DONA NOBIS PACEM is Latin for GRANT US PEACE. The words made me go back to my childhood. Sitting on pews next to my mom at Catholic Mass listening to the Priest speak Latin. 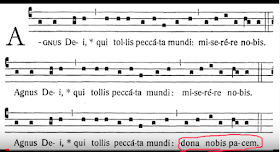 The Syrian custom of a chant addressed to the Lamb of God (Agnus Dei) was introduced into the Roman Rite Mass by Pope Sergius I (687–701) in the context of his rejection of the Council of Trullo (692), which was well received in the Byzantine East and called the Quinisext Council, but whose canons had forbidden the iconographic depiction of Christ as a lamb instead of a man.
The translated version is used in contemporary times and is printed in the Roman Catholic Mass Missal (that book that tells us Catholics when to stand kneel and pray and what to say at Mass).


May I say that I am what you call a "Cradle Catholic"( born Catholic)? I ask because upon too many occasions when one professes their Christianity, it invokes a debate. Just an admission in such a loving soul filled belief "brings it on" with many people.

Not to worry...I seldom get preachy. I JUST recently have returned to the church and go to Mass weekly. It makes me closer to my Mom. My mom died two years ago. She put a guilt curse on me that only the Lord can sooth. Jesus forgave me...my mom did not. When I go to church I remember my mom as when I was a child and I FORGIVE HER. It works and I also get History lessons from the way old church...and get to see Nuns from time to time. LOL It is damned near like a Renaissance Faire! LOL! Not really. I have seen only like 5 nuns in 40 years. Lately I have seen them in the grocery store. I have to go to them and say "Bless you, Sister!" 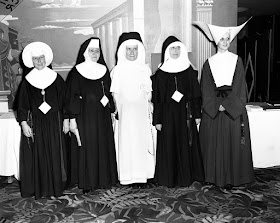 Latin was spoken at Catholic Mass for years. As a child, I learned to hear it as beautiful words. The symbolism of a holy figure speaking Latin wearing ornate robes! The massive crucifix with a graphically tortured Savior hanging in front of the altar. The robed altar boys. The chanting ritual prayer. It always and still brings goosebumps and the Holy Spirit inside me rejoices.
I also get that way when I hear Mary J. Blige sing "My Life".  Her song is like a hip hop church song!
SERIOUSLY...Listen to it and you WILL agree!


Latin was originally spoken in the area around Rome, known as Latium. Through the power of the Roman Republic, it became the dominant language in Italy, and subsequently throughout the western Roman Empire. Vulgar Latin developed into the Romance languages, such as French, Italian, Portuguese, Romanian, and Spanish. (Source:Wikipedia)

This song in this video BELOW is analogous to what I believe.
In this video you see the ice is cold and hard, but what goes on around it...and in addition to the Dona Nobis Pacem title...is beautiful.


SO  WHAT DO YOU DO WHEN ALL FREEZES AND BECOMES COLD? 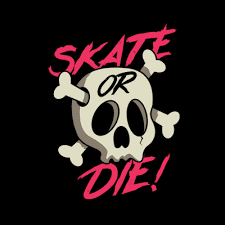 SKATE OR DIE SUCKAZZZ! LOL the Punk Rocker wanna be Gen X (but I am a Boomer) is coming out. What they call Xtreme is what WE called Hot Doggin'!
So think about the weather...climatic thought...hmmm
If it is cold slide on that ice and dance! When it is hot...make some Sun Tea!
RAINBOWS SHINE THROUGH STORM CLOUDS!
DUST IN THE SKY (DIRT) MAKES THE SUNRISE AND SUNSET SO VERY COLORFUL!
RIDE THOSE WAVES LIKE A MOFOin SURFER!
MAKE LOVE NOT WAR!

Nice to hear from ya!
Speak your mind.